TV without the TV 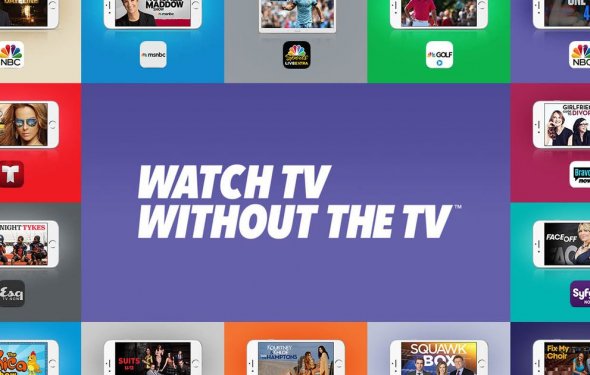 The "Television Without Frontiers" Directive (TVWF Directive) is the cornerstone of the European Union's audiovisual policy. It rests on two basic principles: the free movement of European television programmes within the internal market and the requirement for TV channels to reserve, whenever possible, more than half of their transmission time for European works ("broadcasting quotas"). The TVWF Directive also safeguards certain important public interest objectives, such as cultural diversity, the protection of minors and the right of reply. In December 2005 the Commission submitted a proposal to revise the TVWF Directive.

Council Directive 89/552/EEC of 3 October 1989 on the coordination of certain provisions laid down by law, regulation or administrative action in Member States concerning the pursuit of television broadcasting activities.

The Directive aims to ensure the free movement of broadcasting services within the internal market and at the same time to preserve certain public interest objectives, such as cultural diversity, the right of reply, consumer protection and the protection of minors. It is also intended to promote the distribution and production of European audiovisual programmes, for example by ensuring that they are given a majority position in television channels' programme schedules.

In order to encourage the distribution and production of European television programmes, Member States must ensure where practicable that broadcasters reserve for European works a majority proportion of their transmission time, excluding the time allocated to news, sports events, games, advertising and teletext and teleshopping services (Article 4).

Broadcasters must also reserve at least 10% of their transmission time or 10% of their programming budget for European works from independent producers (Article 5).

The Commission is responsible for ensuring compliance with these two provisions. Member States are therefore required to provide it with a report every two years, including a statistical statement on fulfilment of the quotas referred to in Articles 4 and 5.

Under certain circumstances, Member States are authorised to lay down stricter rules where necessary for purposes of language policy.

The provisions on advertising relate to:

Advertising of tobacco and prescription medicines is prohibited.

Programmes involving pornography or extreme violence are prohibited. This ban applies to all other programmes which are likely to harm minors, unless they are broadcast at a time when they will not normally be seen by minors or protective technical measures are in place.

Any person whose legitimate interests have been damaged by an assertion of incorrect facts in a television programme must have a right of reply. This right shall exist in relation to all broadcasters under the jurisdiction of a Member State.

In June 1997, the European Parliament and the Council adopted a new "Television Without Frontiers" Directive which aims to ensure greater legal certainty and to update the initial rules. The main elements of this revision relate to the following points:

Fourth report on the application of the TVWF Directive

The report is accompanied by a work programme setting out the specific themes in need of more thorough examination. These were the subject of an extensive public consultation in the Member States and the candidate countries in 2003.

Source: eur-lex.europa.eu
Related Posts
Categories
Latest Stories
Genie DVR Reviews The HR54 has most of the same capabilities as the HR44, but does away with...
Service providers Comparison VPN Comparison VPN services offer up different gateway cities, allowing...
Can you get Internet through Dish? Navigation On most devices, Netflix lets you browse through rows of movies...
Cheap satellite TV and Internet Even with all of the options out there for Internet access, the truth is...
Watch satellite channels online Second, if you live somewhat close to a broadcast tower, you can still...
Latest tweets
Tweets about #CABLETV