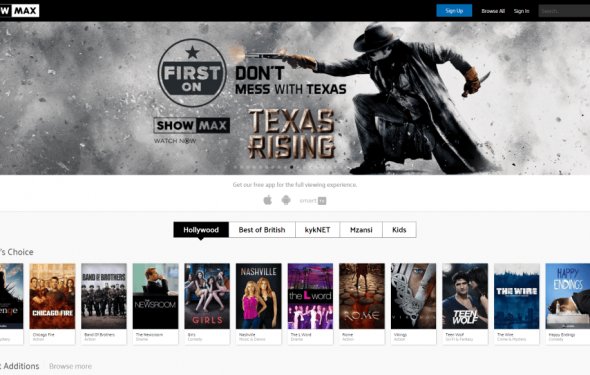 First Dish Network, then Comcast, and now AT&T. The giant TV, internet, and mobile provider will launch three new TV services available to anyone in the US with an internet connection—no cable or satellite subscription required. They’re expected to arrive in late 2016.

AT&T will sell the services through DirecTV—the satellite TV company with 20 million subscribers that AT&T acquired in 2014. AT&T serves about 6 million cable TV customers of its own with its U-verse service. These new services, though, are aimed at Americans who have either already cut the cord or never paid for cable TV in the first place.

The highest tier of the new service, called DirecTV Now, sounds basically like DirecTV’s existing pay-TV service, only delivered over the internet, instead of via satellites. It will include “much of what is available from DirecTV today—on-demand and live programming from many networks, plus premium add-on options, ” according to a press release. There’s also a version for mobile devices, and a free tier with ads and a smaller choice of content. None of the three will require a satellite dish, cable box, or annual contract.

There’s no word yet on pricing, or what channels the package will include. Recode’s Peter Kafka reported that AT&T does have a few deals with networks in place already, but is working on making more. Negotiating with TV networks is the hardest part of launching an internet TV bundle—it’s partly why Apple’s long-awaited service appears to have fallen by the wayside.

While the news is significant, it’s not unexpected. AT&T had signaled it intended to release an internet TV package as far back as 2014, when it first bought DirecTV. AT&T hopes to use its huge mobile customer base (over 70 million in the US) as a bargaining chip when it negotiates with TV networks about including them in the service.