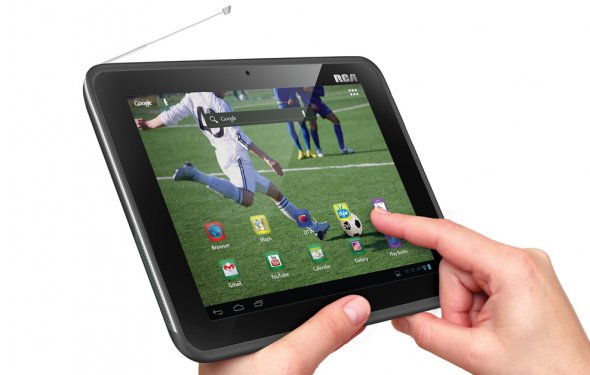 Here’s a quick look at what some of the major TV service providers are offering in the way of TV Everywhere service, which hasn’t yet quite lived up to its name. All the providers we contacted said they’d be rolling out new services and support for additional devices in the coming months, so check your provider’s website for the latest information.

Cablevision: Cablevision offers all the live channels you get on your TV, plus some on-demand programming—about 300 choices in all, according to the company. Subscribers can watch on an iPad, iPhone, or iPod Touch, but only within their home.

Comcast: Comcast’s Xfinity service currently provides video on demand only, though unlike many other cable companies, it provides access from anywhere there’s a reliable Internet connection. The company, which recently signed a content deal with Disney that includes online access to 70 channels including ABC, Disney Channel, and ESPN, has live TV on the horizon. (It’s currently testing the service, called AnyPlay, in Denver and Nashville. It's limited to the iPad for use within the home.) Like Cox, Comcast has data caps on its broadband service, and video streaming counts against your monthly allotment. The company says it’s working on Android support.

Cox Communications: Cox provides a limited selection of live TV—about 30 national cable channels, but none of the major broadcast networks (such as ABC, CBS, and NBC). The app runs only on the iPad, and you can watch TV on it only at home. Video streaming counts against a subscriber’s monthly data allotment, so it’ll cost extra if you exceed your cap. The company said it intends to support other Apple devices, plus Android-based mobile devices, in the future.

Dish: Dish Network has one of the broadest offerings available, enabling subscribers to view some content almost anywhere, though it requires an optional Sling adapter. Using a free app, subscribers can then watch live TV as well as programs recorded on a DVR using an iPhone, iPod Touch, iPad, or Android device anywhere there’s Wi-Fi or a 3G or 4G cellular connection. On-demand is currently limited to iPads. For an extra $10 per month, subscribers can add the Blockbuster@Home streaming video service (now owned by Dish), providing access to movies and TV shows—plus about 20 linear channels such as Starz and Epix—from an iPad.

DirecTV: DirecTV currently offers live TV—no on-demand programming—on an iPad, though viewing is restricted to within the home. But NFL Sunday Ticket Ultimate subscribers can view games anywhere using an iPad, iPhone, and some Android phones. With live TV, you’re limited to the channels in your service tier, but you don’t always get everything you would on your TV. DirecTV is testing a more comprehensive TV Everywhere service for the iPad, and a new hardware-software package called DirecTV Nomad lets users access content stored on a DVR on portable devices within the home.

Time Warner: Time Warner Cable has as many as 200 live channels (including foreign-language stations), depending on where you live, but it doesn’t include all the stations you get on your TV. The TWC TV service lets subscribers watch live TV on Apple devices—iPad, iPhone, or iPod Touch—but only within their homes. The company says it plans to add on-demand video to its mobile lineup, as well as support for Android-based devices.

Verizon: Verizon relies on partner apps to deliver most of its free programming, but the company offers a FlexView app that lets you buy or rent movies and TV shows and view them on an iPhone, iPad, iPod Touch, and many Android devices. Its My FiOS app, currently only for Android but coming to Apple devices, lets you manage content and schedule recordings but also connects you to FlexView to let you rent or buy on-demand movies and TV shows.

Source: www.consumerreports.org
Related Posts
Categories
Latest Stories
Dish Network Reviews If you re currently considering DISH as your TV provider then take a look...
Top TV customer service Will resetting my Set-Top Box erase the selections I have programmed into...
Does DISH Network have Internet service Sarah Tew/CNET Can I pause live TV or skip commercials? Not on most channels...
Compare TV deals With bonkers.ie, you can compare broadband speed, price and bundles to...
TV satellite channels Digital TV antennas have come a long ways since your grandma’s rabbit ears...
Latest tweets
Tweets about #CABLETV