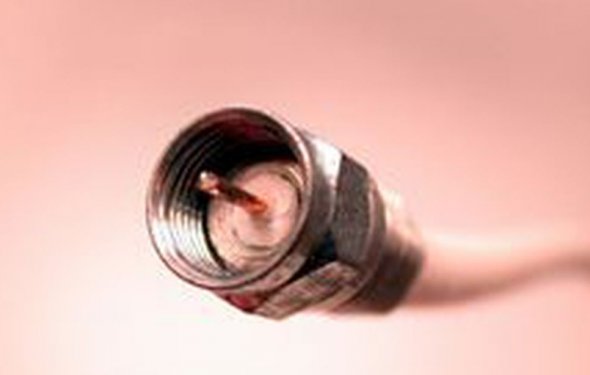 How do DirecTV, Dish, and cable compare? This comparison review shows you which one is better for HD, for the price, and for sports.

You've just purchased a brand new flat-screen television, and you expect to spend a lot of time with your new toy. You want the best programming options available. But it’s difficult to know, out of the glut of satellite and cable television packages offered through a myriad of providers and price points, which one is worth your while.

Some of your choices are limited. With satellite, only two providers, DirecTV and DISH Network, are available nationwide. On the other hand, it’s easier to get access to cable TV (i.e., Comcast and Time Warner), which is accessible in 93 percent of the country. However, whether you can get a certain service provider depends on what region you live in. Ultimately, what matters to viewers are the breadth of channel options and the consistency of a seamless TV watching experience, with a great HD picture and sound quality. And in today's economy, they do not want to pay an arm and a leg to watch their favorite show. To help TV viewers decide if they should reconsider the type of service they have, CreditDonkey has compared DirecTV vs. Dish vs. cable TV.

While some people like to boast, for whatever reason, that they don't watch television at all, that's not the case for most Americans. In a 2013 study, according to the Bureau of Labor Statistics, "Watching TV was the leisure activity that occupied the most time (2.8 hours per day), accounting for more than half of leisure time, on average, for those age 15 and over." That said, it's important to find a TV service provider that's amenable for both consumers’ TV-watching habits and their finances.

All TV service providers are not created equal, as all channels are not offered by all companies. Our rankings were based on the number of HD and popular channels available on lower-tier packages, as well as the number of regional and national sports channels included. Sports programming is one of the major reasons why TV viewers don’t cut the cable, satellite, or Dish cord. We suggest checking the company's channel lineup and evaluating what's included in your package before you seal the deal.

Of course, using anything besides an antenna to watch TV is not cheap, so we also factored in the cost of each service provider. Attractive offers and lower prices for new customers are often based on locking them into a one-year contract, but most providers are willing to work with you and will offer incentives after that initial 12-month period is over (such as free premium channels for three months, or free HD). In order to keep your bill low, though, you'll have to pay attention to any price hikes after your first contract period and make a phone call in order maintain a lower bill.

But if you’re willing to pay for extra features, our list gives you that flexibility. If you’re the type who never has a chance to watch TV shows when they first air, you want access to a DVR. Do you order the whole-house DVR, where you can watch whatever you record in any room so the whole family doesn't have to crowd into the master bedroom to watch American Idol? Do you want to see shows on-demand, at your leisure? Do you want to have the ability to watch TV on a mobile device, outside your home?

Even if you pay for the ability to watch TV whenever you want, it's futile if there's no sound or picture. With DirecTV and DISH, bad weather can become a huge nuisance and knock out your satellite feed at a crucial time during a sporting event. While more durable, cable TV isn't immune to Mother Nature either, so it's important to understand what can contribute to interruption of your service.

DirecTV is second to none amongst HD channels, and in today's day and age, HD has become the norm, though standard definition still exits. For sports fans, especially football, no one offers a better package than DirecTV's NFL Sunday Ticket. While it costs an additional (and steep) fee, there are plenty of football fanatics willing to pay for the ability to watch any football game in any region.

Due largely in part to NFL Sunday Ticket, DirecTV is the satellite market leader and is gaining on the cable subscriber base as well. In a recent article, Forbes reports that "DirecTV is the second largest pay-TV operator in the U.S. with more than 20 million subscribers. While the country’s pay-TV market is saturated, and cable companies have lost thousands of subscribers over the past few years, DirecTV has managed to grow its subscriber base."

Why We Like DirecTV
Exceptional HD picture and good sound. "The Genie, " DirecTV’s whole-home DVR system, is convenient and reliable. It also has offers through AT&T where you can bundle your cell phone, home phone and Internet service, providing additional savings. Even without the added cost of NFL Sunday Ticket, it gives you great sports programming, such as regional games and matches that aren't available from other providers. At an additional cost, you can also watch both live and pre-recorded TV on different platforms via a mobile device. DirecTV also offers great deals for new customers and free installation. If you're a long-time customer and have an issue with rising costs, DirecTV will offer you freebies (free premium channels for three months), as well as whatever discounts the company can find to apply to your bill.

The Downsides
Slightly more costly than DISH. There are less on-demand options, and its "Genie" DVR has a lot less hard drive capacity than DISH, meaning less storage of your recorded programs. Weather-related issues can affect your TV-viewing experience.

Who DirecTV Works Best For
People who want a crisp, clear picture, superior audio and the most coveted channels in a well-priced package should opt for DirecTV.

Source: www.creditdonkey.com
Related Posts
Categories
Latest Stories
Genie DVR Reviews The HR54 has most of the same capabilities as the HR44, but does away with...
Service providers Comparison VPN Comparison VPN services offer up different gateway cities, allowing...
Can you get Internet through Dish? Navigation On most devices, Netflix lets you browse through rows of movies...
Cheap satellite TV and Internet Even with all of the options out there for Internet access, the truth is...
Watch satellite channels online Second, if you live somewhat close to a broadcast tower, you can still...
Latest tweets
Tweets about #CABLETV