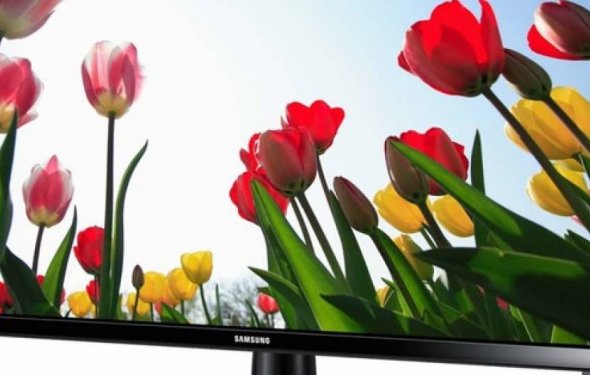 All those hundreds of TV channels may lead you that there's a true diversity and variety in today's television ... but you'd be wrong. A handful of large companies control what you see, hear, and read every day.

Let's take a look at who owns what on television - here are the TV channels owned by 6 of the largest companies in media, as depicted by their logos:

General Electric is a true behemoth: the conglomerate is the world's third largest company with market capitalization of nearly $370 billion and annual revenue of $173 billion (2007). The company produces practically everything - from aircraft engine to locomotives to medical devices.

Update 7/8/08: A&E is co-owned by The Hearst Corporation and ABC, which in turn is owned by Disney.

Time Warner is the world's largest media and entertainment company - it owns major operations in film, TV, print, Internet, and telecommunications. Time Warner has an annual revenue of $50.5 billion (2008) - the equivalent of the entire GDP of Luxembourg.

Like cartoons? Time Warner's got you covered with Cartoon Network and Adult Swim. Classic movies? Check (Turner Classic Movies). And who can forget CNN and Headline News? Both are Time Warner properties. (Note: CW is co-owned by Time Warner and CBS).

You may associate it with amusement parks, but The Walt Disney Company has grown to be one of the world's largest media and entertainment corporation since its founding as an animation studio by brothers Walt and Roy Disney in 1923.

The Walt Disney Company owns the ABC television network, with more 200 affiliated stations reaching nearly 100% of all U.S. television market, as well as dozens of niche cable networks. True to its cartoon animation origin, Disney captures its viewers early - it counts millions of young children as its audience with kids channels like the Disney Channel.

Rupert Murdoch's News Corporation is a behemoth: it is the largest media company in the world by market capitalization ($38 billion). For most people, the conservative news channel Fox comes foremost to mind when asked what they think of Murdoch's media empire - but the company's holding is far larger: it includes Asia's Star TV Network, the National Geographic Channel and even the iconic TV Guide network.

Don't watch TV? Even if you prefer to browse the Internet, most likely you've visited News Corp's property, which include Hulu (owned in partnership with GE through its subsidiary NBC Universal) and the social networking giant MySpace.

CBS (which used to stand for the Columbia Broadcasting System) is not sometimes called the Tiffany Network for nothing: the company is known for its high programming quality. It is currently the most watched television network in the United States, and reached more than 103 million homes in the country.

Both CBS and Viacom (see below) are owned by multi-billionaire Sumner "content is king" Redstone, through his holding company National Amusements.

Viacom stands for "Video and Audio Communication" - and true to that name, the company owns a large number of cable and satellite television networks (the company was split from CBS Corporation in 2005, though both have the same majority owner).

In 2007, Viacom filed a $1 billion lawsuit against Google and YouTube for copyright infringement and recently a federal judge granted Viacom's request for data of all YouTube users. The blogosphere has since called for a boycott of all Viacom properties - so that means no MTV, VH1, Nickelodeon or - gasp - Comedy Central for you!