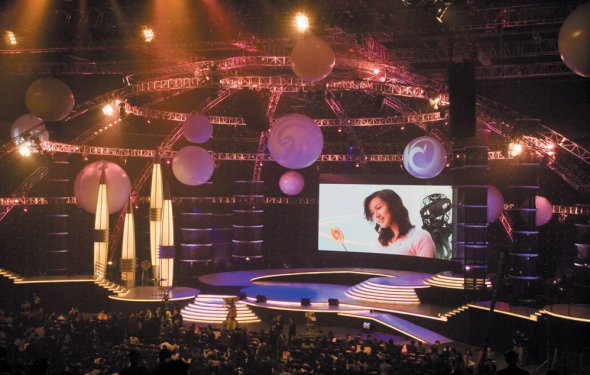 Phoenix started Phoenix Chinese Channel on 31 March 1996. During these years, the development of satellite allowed them to expand their broadcast to 53 countries and regions with more than 20 million viewers worldwide, of which more than 62% are Chinese-speaking people. It now covers over 150 countries and regions around the world with an estimated 300 million audience, among which, over 42 million households with more than 150 million viewers are from the Mainland China.

Phoenix Chinese Channel, Phoenix Movies Channel and Phoenix InfoNews Channel are broadcasting via cable in Hong Kong and via satellite to Taiwan, mainland China and other regions globally.

The Phoenix InfoNews Channel was established on 1 January 2001. It was the first Chinese-language channel that covered news from the regions of Greater China, including mainland China, Taiwan and Hong Kong. There is 24-hour broadcasting on financial news, stock market information as well as news headlines worldwide. In addition, it provides comments and analysis prepared by analysts on current issues and topics.

The Phoenix CNE channel was founded to broadcast in Europe, and the Phoenix North America Chinese Channel established to broadcast in the Americas. In 2005 California-based broadcast and engineering director Tai Wang Mak was arrested for conspiring with his brother, Chi Mak, to act as an intelligence agent for China. A 10-year prison sentence was announced in 2008.

In 2011, Phoenix New Media formed a partnership with the British Broadcasting Corporation to offer BBC programming on Phoenix's digital media platforms. This was followed by a similar partnership with the National Film Board of Canada in 2012, in which 130 NFB animated shorts and documentary films will be offered digitally in China.

Phoenix features a mix of programmes, ranging from political and economic news and current affairs through talk shows, film and music reviews to movies, and mini series in both Chinese and foreign origins.

Since 1 September 2001, Phoenix Television has been broadcasting a range of United Nations television programming including 57 episodes of "UN in Action", 39 episodes of "World Chronicle", and also some awarded-winning documentaries. Phoenix is co-operating with the United Nations to produce more programmes.

The service of Phoenix is extended to WAP, which facilitates news messages transferred through the mobile technology (SMS and MMS). The service is charged.

Phoenix Satellite Television holdings Ltd is a public limited company. Shareholders include Today's Asia Ltd. with 37.5% of the company, China Mobile Hong Kong Company Limited with 19.9%, Xing Kong Chuan Mei Group Co., Ltd./Fox International Channels Asia (wholly owned by 21st Century Fox) with 17.6%, China Wise International Ltd. with 8.3% and the public with 16.7%. The state controlled broadcaster China Central Television (CCTV) was given a 10% interest upon the firm's founding. According to CEO Liu Changle, granting the stake to CCTV "was a symbolic gesture to show we wouldn't oppose the Communist Party."

Liu Changle (劉長樂), the CEO and founder of Phoenix TV, was a journalist for the Communist-party controlled Central People's Broadcasting Station after the Cultural Revolution and had become one of China's richest men by the 1990s, being well-connected to the Beijing leadership.

Mr. Shuang Liu (刘爽), assumed the position of COO of Phoenix TV on 17 February 2014. He continues to be the CEO of Phoenix New Media Limited (NYSE: FENG), a new media company in China.

Phoenix Television features many well-known news anchors and talk show hosts. Most of them are degree holders in communications or language studies. Most are bilingual in Mandarin Chinese and English.

Source: en.wikipedia.org
Related Posts
Categories
Latest Stories
DIRECTV Consumer Reviews My concern with DirecTV were the costs which kept appearing in my bill...
Who is the best service Providers? Speed, security, and reliability are all important factors that you need...
Can you get Internet through Dish? Navigation On most devices, Netflix lets you browse through rows of movies...
DIRECTV Play One of the easiest ways to get a value double play package these days is...
Watch satellite channels online Second, if you live somewhat close to a broadcast tower, you can still...
Latest tweets
Tweets about #CABLETV