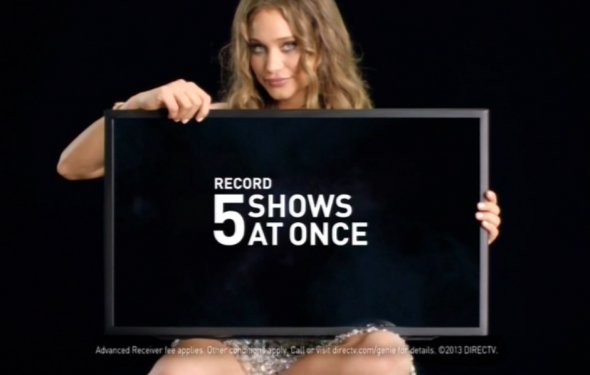 The DISH Hopper is DISH’s answer to the whole-home media center. The Hopper has basic DVR features that allow you to pause and rewind live TV. It also allows you to record any TV show.

Many DVRs have some pretty tight limitations on how many TV shows you can record at once. With the DISH Hopper, you can record up to 6 shows at once, a pretty big improvement over a lot of the more basic DVRs. According to the DISH website, however, your 6 shows are limited to selections from your 4 included local channels and then any 2 additional satellite channels.

DISH Hopper software has been upgraded to improve user experience. With the new software update, the Hopper DVR enables users to take part in a program in-progress so they can skip back to the start of the show they are watching. As long as content of the show is in DISH's VOD library, this is a possible task.

Binge watching is now possible in the DISH Hopper upgrade. Once a subscriber has finished watching a linear TV or VOD series episode, he or she will receive a pop-up window where they can easily transition to the next installment of the series, provided that the show exists in the catalog of DISH VOD or it has been recorded on their DVR.

The last added feature to the upgrade enables viewers to easily decipher hard to hear and inaudible dialog with the help of closed-captioning. This new feature enables users to simply press a green button on their remote to activate one time closed captioning usage.

With the DISH Hopper, you can customize your prime time viewing experience. You can automatically program the Hopper to record your favorite prime time shows so that you don’t have to remember to record them every week.

The DISH Hopper also has the unique PrimeTime Anytime feature that allows you to watch prime time shows as late as 8 days after their original airing date. You can select up to 3 hours of prime time content for later viewing. You can also permanently save some of your recorded content. The Primetime Anytime recordings do not count against your total DVR capacity.

Finally, on certain major networks you can skip commercials during prime time hours with a feature called AutoHop. These channels include ABC, CBS, FOX, and NBC. This is only for pre-recorded shows in the Primetime Anytime feature.

You can also use your DISH Hopper to stream On Demand shows through an Internet broadband connection.

In addition, you can instantly connect your other devices like smartphones, tablets, and computers to your Hopper so that you can use your smartphone to change the channel, or your tablet to record a show.

The DISH Hopper now comes with a built-in Slingbox which gives you the TV Everywhere service so you can watch satellite TV from any device and from any location as long as you have an Internet connection, so you can travel and move about without missing your favorite shows. DISH also upgraded their DISH Hopper recently to a new 1.3 GHz chip, so it runs much smoother. In addition, the built-in Slingbox is now deeply integrated with the DISH Hopper DVR, which makes usability simple, and also allows users to stream video to their iPad and tablet devices.

The Hopper and the Joey

With a Joey, you can watch and record separate TV shows in different rooms, or you can start watching a show in one room, pause it, and continue watching in a different room.

If you want to use the Hopper for your home media center, you will need a Joey for each additional HD TV.

The Hopper has 2 terabytes of data which equals about 2000 hours of recorded TV. This is an unprecedented amount of data storage for a home media center.

Source: www.myrateplan.com
Related Posts
Categories
Latest Stories
DIRECTV Consumer Reviews My concern with DirecTV were the costs which kept appearing in my bill...
Who is the best service Providers? Speed, security, and reliability are all important factors that you need...
Can you get Internet through Dish? Navigation On most devices, Netflix lets you browse through rows of movies...
DIRECTV Play One of the easiest ways to get a value double play package these days is...
Watch satellite channels online Second, if you live somewhat close to a broadcast tower, you can still...
Latest tweets
Tweets about #CABLETV