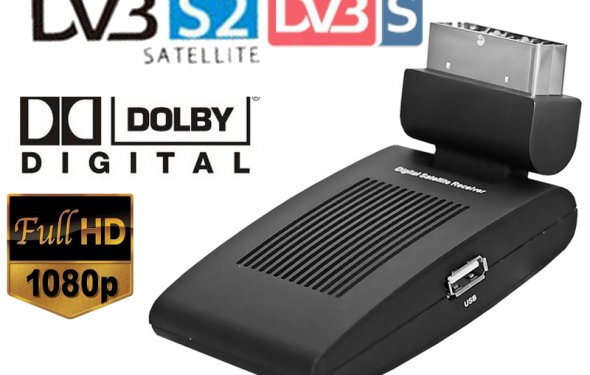 Most satellite subscribers can receive television broadcast channels that originate within their local area, but some channels that are broadcast in nearby markets may not be available. However, subscribers can ask their satellite TV companies if they can add these channels, which may be possible in some instances. This guide provides information that may be helpful to anyone requesting local or out-of-market channels from their service company.

What is 'local into local' service?

With local-into-local service, satellite TV companies retransmit signals from stations located within a particular "designated market area" to subscribers in the same DMA. The Nielsen Company assigns each county to a DMA, based primarily on its measurement of local viewing patterns. Neither the FCC nor the satellite company plays any part in determining which counties are included in particular DMAs.

Satellite service that provides local TV broadcast stations - commonly called "local-into-local" service - is available to most subscribers. For example, as of December 2015, DISH Network provides local-into-local service in all 210 television markets and DIRECTV provides such service in 198 markets. Your satellite company may charge for this service.

If you receive local-into-local service, your satellite TV company may also provide out-of-market broadcast stations assigned to a neighboring local TV market that have been determined by the FCC to be "significantly viewed." These are stations viewable over-the-air by a "significant" number of households in your community.

This process requires the station, your satellite TV company, or your county government to file a request with the FCC. Subscribers cannot file directly with the FCC. If you do not receive stations from your home state ("in-state" stations), ask an in-state station or your satellite TV company if this process may be used to add an in-state station to your local-into-local service.

(For more information, including the criteria that the FCC considers in evaluating a request from the station, your satellite TV company, or your county government, see the FCC's guide concerning the STELAR [STELA Reauthorization Act of 2014] market modification process.)

If your satellite TV company is not offering local-into-local service, or is not offering a particular network TV broadcast station as part of its local-into-local service in your market, and you cannot receive a good signal over-the-air from the local network station, you are an "unserved" subscriber. In this case, you can ask your satellite TV company if it can provide you with an out-of-market station affiliated with the same network.

Subscribers also can receive free, over-the-air, local TV broadcast stations, regardless of whether or not their satellite TV company offers local-into-local service, by installing a traditional antenna for use in conjunction with their satellite service. Your ability to receive over-the-air signals, however, depends on several factors, including geographic location and antenna quality.

What activities release dopamine? Why opportunity cost is important? What theory is charles darwin famous for? Where is developer option in redmi? How much intelligence elden ring? Why math matters? Where working environment? How often does favorite win super bowl? What math is after algebra 2? When opportunity arises? Answers how are you? How how diagram example? How often multiple choice answers? Where is important folder in gmail? What influence completed the final breakaway? Why algorithm are used? Which developer to use with bleach? When internet created? Where to watch intelligence? How often should generator batteries be replaced? How summarize an article? Industries who need workers? Which career would benefit from an apprenticeship? Were machine guns used in ww1? How much generator cost? What engineering job pays the most? Where to answers questions? Who maintenance break? How much leader line should i use? Who developed the let s move initiative? Why activities are important? How answer salary expectations? How many examples of faith in hebrews 11? How skills dbt pdf? How many research tasks pokemon go? When intelligence fails? How often is the challenge usa on? Where work in hindi? When machine learning goes off the rails? How many opportunity costs are in each decision? Where from kapil dev? Were machine guns banned? How far questions and answers? Which skills to level elden ring? Where to graph differential equations?
Source: www.fcc.gov
Related Posts
Categories
Latest Stories
DISH Network Indianapolis Millions of Dish TV subscribers lost access to one or more channels Sunday...
How to Find Dish Network? The DISH Anywhere app recently debuted the Watchlist – a tool you can...
Dish Network Internet Availability Choosing between satellite TV providers? With DISH you can choose budget...
Dish Network Special Offer Ask about our 1st-year savings, or our 2-Year TV Price Guarantee. The Hopper...
Directv. Channel Comparison Last month we pitted Time Warner Cable® against DISH, as well as DirecTV...
Latest tweets
Tweets about #CABLETV